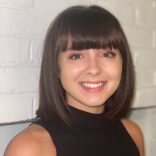 We met in the seventh grade, at an age where falling in love is easy. I sat beside him after school to take a make-up test. He leaned over and asked for a “knuckle-punch.” I said “no.” Every day for a month he would wait outside my classroom door and ask the same thing, getting the same reply. Until one day, I reached my fist toward his. At twelve I didn’t know that fist would become a hand I’d hold.

When new friends ask, “What are you two?” I tell them it’s a “situationship.” A space between feelings and commitment, where there is emotional and physical intimacy but no sense of security. A space I have been in for eight years.

We started as friends who would give each other “knuckle-punches” in middle school to friends who graded each other’s quizzes in high school. I didn’t know the same mouth that asked, “Can I borrow a pencil?” would one night ask, “Can we go get married, right now?” after too many glasses of wine.

I ask, “What is this?” frequently. And most often after moments where he seems to have all of this, all of us, planned out. He tells me he wants to get married and that we’ll have the most perfect kids.

We lay on the couch and he’ll grab my foot, resting in his lap. When I ask if I’m getting a foot massage, he shrugs as his eyes and smirk move away from me and face the television.

His eyes meet back with mine as he says, “Wait until you’re nursing, pregnant, or may become pregnant.” The tagline we just heard during a pharmaceutical drug commercial.

He drives me through tree-lined streets and shows me the part of Charlotte where he sees himself settling down one day. His hand resting on my leg, implying that I’m the one he sees this future filled with.

But, I’m skeptical. I don’t always believe that I’m the first or only person he’s said that to. I’m skeptical because we aren’t dating, and we never have. He’s told me I’m not the girl “you just date.” And years ago, when we were still “just friends”, he turned to me one night and said he really wanted to kiss me. When I asked why, he said it was because it would be a memory he’d put in my box in his head.

“I mean, yes, Caroline, there are other boxes, but yours is the biggest and most important one.”

There’s also a Jessica box and a Joy box, a Mia box and a Maddie box, a Jamie box and a Hannah box, a Kristen box and that other Kristen’s box. There’s also another Caroline’s box, too. And those are just the girls he dated or hooked up with in high school. The ones I knew about because we were friends who told each other everything. That’s what confused me the most, exhausted me the most.

I’m told to believe I am the biggest and most important box and I guess I have intimacy to blame.

When we were younger, we sat on park benches and talked about childhood traumas and which colleges we were applying to. When we were older, we’d talk on the phone about anxiety attacks and about that time he burned his mouth from eating too many salt and vinegar chips. And now? Now, we lay in bed and talk about how hard it is to come home for the holidays and whether or not we should Postmate burritos or pasta. We shared, and still do, because no one told us not to. No one warned us of the consequences because no one talks about this space vulnerable intimacy creates. And when you start off as friends, you have no idea how far that base of friendship will take you, and how much that familiarity makes it hard to move on, hard to forget, hard to not hold onto the hope that one day, I’ll mean more to him than I do right now.

When we were in high school, we read a fictional short story titled “The Wife of His Youth” by Charles W. Chesnutt in our American Literature class. It tells the story of a man, Mr. Ryder, who escaped slavery and fled to the Northeast. He established himself as a well-known man in his community through diligence and a steady work ethic. He made plans to settle down and marry a woman he had met. One day an elderly woman came up to him while he sat on his front porch. She introduced herself as Liza Jane and said she was looking for her husband, Samuel Taylor. They had been married on a plantation and he had escaped with the promise to come back and find her. When the plantation owner found out, he sold her, which meant her Sam wouldn’t know where she was. After the end of the Civil War, and the freedom that came with it, Liza Jane began to search for Sam. For twenty-five years she looked for him, all the while knowing in her heart that Sam was looking for her too. Mr. Ryder apologized for not knowing him, but asked for her address in case he found news. Later that night, at the party he hosted for his own engagement, he gave a toast to the ladies of the room, praising women for their unrequited fidelity and devotion, recounting the story of the woman he met earlier that day. He went on to say that he was Samuel Taylor and introduced Liza Jane as the wife of his youth, honoring her twenty-five years of unrequited fidelity and devotion. I read about Liza Jane and wish I could sit on a front porch with her and talk about this kind of love, one that is exhausting and hopeful, one filled with tension. Where our wish is that our waiting and searching will be worth it. We love without breaking eye contact, without forgetting or forsaking.

I understand this story is fiction, that this marriage was not legally binding, and that the real Liza Jane would have had more obstacles and problems than me, and I honor that. This kind of love doesn’t just exist in the language of stories.

There’s not a morning where I don’t miss him. I roll over and wish he’s there, his presence my sense of security and protection. His alarm clock reminding me that he has to leave and go to work, but not without convincing him to stay for just a few more minutes.

There’s not a night where I don’t miss him. I look over and wish he’s beside me as we tell each other our “happy and crappy” moments of the day. Agreeing that the comedian we saw wasn’t really that funny and that this, lying in bed with a slightly burnt pizza, is our happy.

You have these moments where all that time, all that space between heartache and confusion and exhaustion and tension collide with bliss, with happiness, with serenity. I look at him and wonder if people in relationships end their night the same way we do.

After moments like that, I’m convinced to hold on just a little bit longer because I can’t dream up these moments and memories with him. I tuck them away in a box because I can’t lose them, I can’t forget. When the sound of his voice is something I can’t quite remember, or how much gum shows when he smiles, or just how big his hands are compared to mine, I open that box. I relive. I relisten. I once again see.

I need them. I need them when the longing comes and the space between us lengthens.

The truth is, the missing comes in waves, huge, unavoidable waves. And no matter how many of those memories and moments I take out, I still see the shadow of that wave, where the doubt hits just as hard as the longing.

When it does, I lay on my bedroom floor and wonder if he meant what he said to me. I lay there and wonder if I misinterpreted something he said or a moment we shared.

I don’t know what to do. Call? Send a message? Or, on a more extreme but often thought out measure, cut my hair and move to a new city? All the while hoping I’ve loved him hard enough for him to come find me, for him to want to come find me.

But what if he doesn’t? What if I’m waiting for someone who isn’t waiting for me? Because I can’t expand or contract this space between things. I can’t make it balanced or symmetrical. I can take a breath here and a breath there, but I don’t think it’s a space worth keeping anymore.

And it hits me, maybe I’m a little bit of both: Liza Jane and Samuel Taylor. Like Liza Jane, I’ve loved someone for a long time. I’ve waited because he told me he loves me, he wants to marry me, he wants to build a life and family with me. He’s said to me, “I always hoped you’d find me in a few years and hadn’t gotten swept off your feet by someone else yet.”

But what if I do? What if, like Samuel Taylor, I move to a new city and meet someone new?

My biggest fear is that one day I’ll be in a new story but be interrupted by a knock on the door. And standing there will be a piece of me I tucked away long ago with the premonition that he would never be ready, he would never show up. But what happens if he does?

And what if that sweeping happened and with it the sweeping away of our love. The love I once knew that felt less and less like a piece of me and more like a piece of a story I read as a high schooler, one not familiar enough to belong to me. But what if that new space between us reminds me of something I knew long ago. What if I see his hands and remember they used to hold mine? What if I see his smirk and remember moments where it met mine? What if I hear his voice and all of the sudden it reminds me of a melody I once knew, one still humming from time to time in the deepest parts of my heart. All of the sudden I’m unpacking that box and reliving those moments and memories, now far beyond the reach of that wave of longing and shadow of doubt. 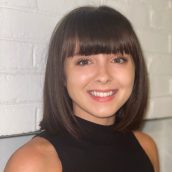